Nigeria Singer, DJ Cuppy has withdrawn her court case against one of the DMW crew member, Isreal DMW.

Recall in February that DJ Cuppy revealed that she would sue Isreal DMW for making baseless allegations against her.

Isreal’s allegations against her came after she ad revealed that Zlatan blocked her one every social media platform despite not doing anything.

Isreal claimed that Cuppy didn’t pay Zlatan anything for his contribution to her song, “Gelato” and his performance at her foundation launching.

After he revealed these allegations, the Disc Jockey took to social media to reveal that she has dragged him to court and demanded an apology in return.

Isreal at first stood his ground, then later apologised for making his claim. Now the Billionaire daughter has withdrawn her suit against him. 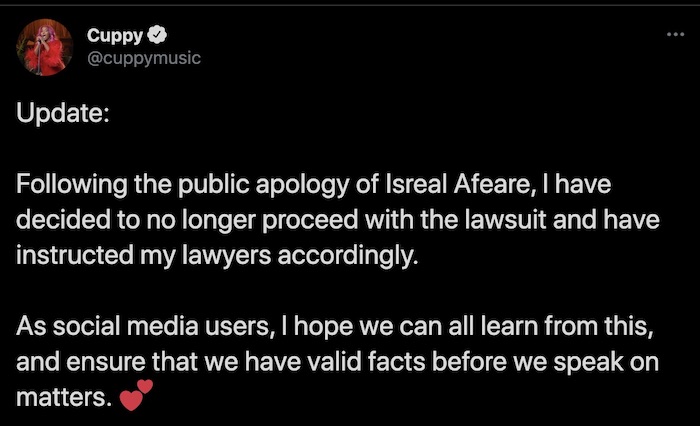