At the reunion, Karyn Parsons, who shot to stardom when she was only 26 years old after she landed the role of Hilary Banks in the classic ’90s family sitcom, reunited with Tatyana Ali, who starred as her little sis, Ashley Banks, and they recreated a photo taken 30 years ago. 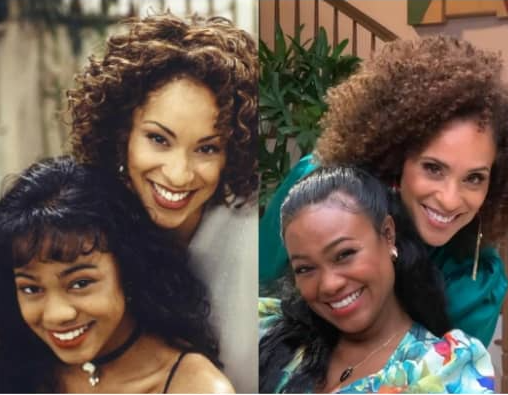 Karyn Parsons shared the screen with an epic cast including Alfonso Ribeiro as the preppy brother, Carton Banks, Tatyana Ali as the little sis, Ashley Banks and Will Smith as the Fresh Prince.

Speaking about their reunion, Karyn Parsons, who played Hilary Banks on the beloved sitcom, told TODAY that cast members were kept at separate hotels so they wouldn’t interact before the cameras were rolling, even though they still keep in touch.

“It was really emotional, and beautiful, and very, you know, sad, ’cause of James (Avery) not being there,” she said.