Justice Agatha Okeke of the Federal High Court sitting in Uyo, Akwa Ibom State, on Wednesday, March 24, sentenced one Henry Mfon Asuquo, a military impostor, to eight years imprisonment on a two-count charge of impersonation and cybercrime brought against him by the Uyo Zonal Office of Economic and Financial Crimes Commission, EFCC.

In a statement released by EFCC spokesperson, Wilson Uwujaren, stated that Asuquo’s journey to jail started on January 3, 2019, when operatives of the Commission arrested him at Ayara Street, Nungu Uko in Ibesikpo Local Government Area of the State following a petition by one Itoro Tom.

Itoro had alleged in her petition that Asuquo swapped her Subscriber Identification Module, SIM card, and fraudulently withdrew N700,000 (Seven Hundred Thousand Naira) from her account domiciled at a new generation bank. Uwujaren said an investigation into the matter revealed that the convict paraded himself as a military officer and in that capacity, he was going about intimidating and defrauding unsuspecting victims of their hard-earned money. 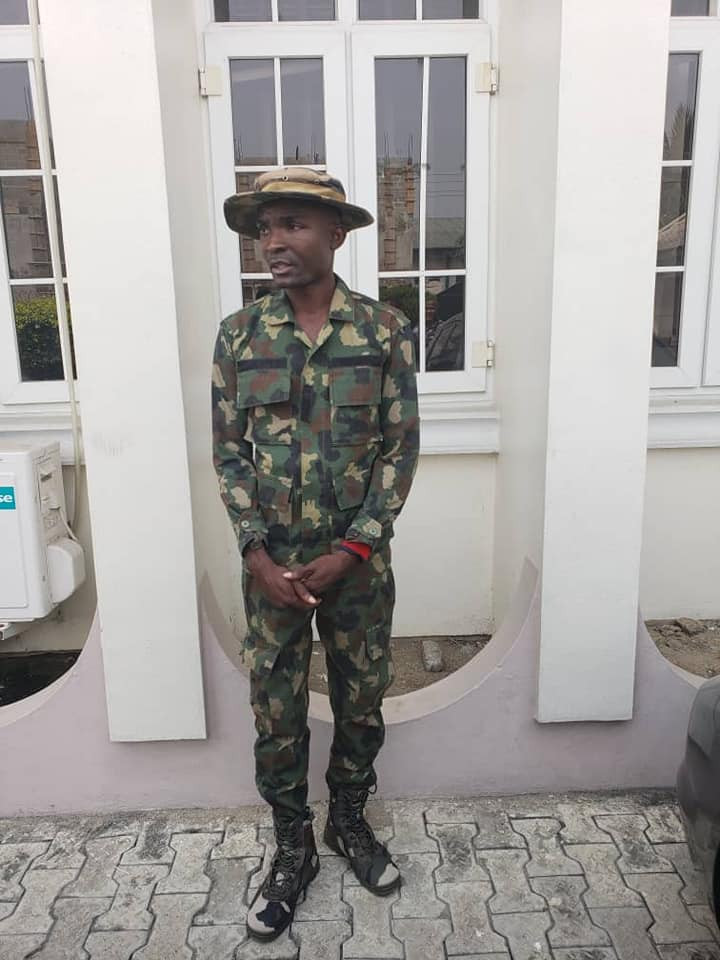 According to the EFCC spokesperson, a search executed in his apartment upon arrest led to the recovery of military uniforms, boots, and bulletproof jackets.

”In the course of interrogation, he admitted to the crime and refunded the sum of N100,000 (One Hundred Thousand Naira) to the petitioner (Tom).

He was subsequently arraigned on March 27, 2019, on a two-count charge bordering on fraud, impersonation and cybercrime, to which he pleaded “not guilty”.

In the course of trial, counsel to the EFCC, Adebayo Soares, presented two witnesses; Tom Itoro Edet (PW1- the complainant) and Suleiman Abba (PW2 – an operative of the Commission). Some of the exhibits tendered and admitted in evidence include: military kits containing several military shirts and trousers, Techno Spark 3 phone belonging to the convict and correspondences from the Nigeria Army and First City Monument Bank, FCMB.

However, the trial took a new turn on March 5, 2021 when the defence counsel, Dennis Adiaka informed the court of the convict’s intention to change his plea.

The application was granted and Asuquo pleaded “guilty” to the charge against him and the court, thereafter found him guilty and adjourned his sentencing till today, Wednesday March 24, 2021.” Uwujaren’s statement read in part

Delivering judgment in the case on Wednesday, March 24, the presiding judge, Justice Okeke, sentenced Asuquo to 4years imprisonment on each of the two counts preferred against him to run concurrently without the option of a fine.