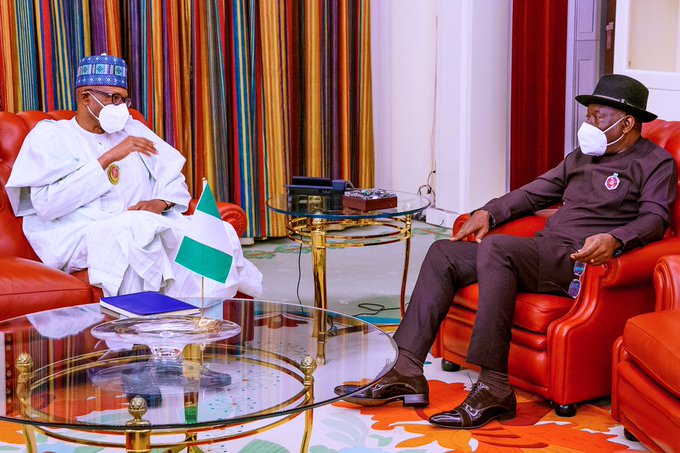 President Muhammadu Buhari and former president Goodluck Jonathan has met again behind closed doors at the Aso Rock presidential villa. The meeting, which was held on Tuesday, December 23, was disclosed by Bashir Ahmad, a social media aide to the president.

The meeting held hours after President Buhari met behind the close door with former vice president Architect Namadi Sambo at the presidential villa.

Briefing the pressmen after the meeting, Jonathan who handed power to the incumbent president having lost the presidential election in 2015, said he was at the Aso Rock to discuss the political situation in The Gambia with President Buhari.

The Gambia, a West African state, is facing a political crisis after its president Adama Barrow said he is seeking reelection despite the crisis in the country.

The declaration has made some groups to embark on a protest asking President Barrow to honour the agreement that he would only serve a single term.

Speaking further, Jonathan, who was an active ECOWAS envoy to Mali, said he briefed the president about the outcome of his mission to the Gambian capital, Banjul.