Reports has it that sensational singer, Adekunle Gold has blocked his alleged side chick, Temi on Instagram.

This comes after the video vixen released a statement where she debunked the allegations and frowned at how some bloggers decide to ruin one’s reputation, without considering the outcome, she also appreciated people who checked up on her in the wake of the saga.

Naijloaded recalls that Adekunle Gold was called out by controversial blogger, Gistlover over claims that he was having an extra-marital affair with the video vixen, Temi, while his wife, Simi was pregnant. 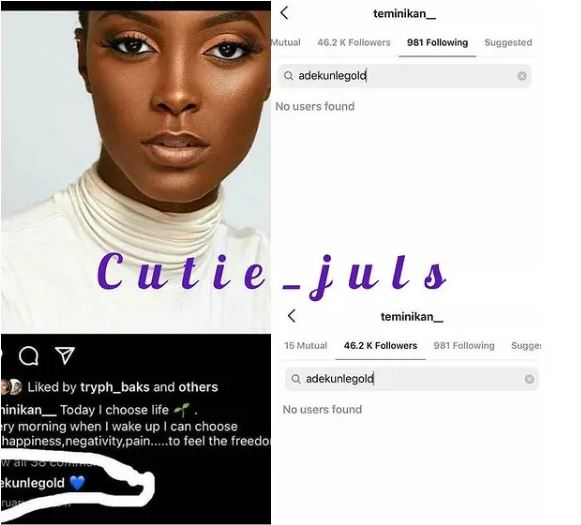